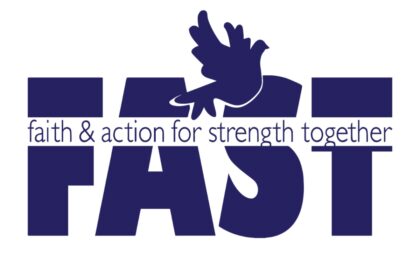 Racial Profiling: Over the past two years, we’ve heard from people who felt that they had been pulled over because of the color of their skin.

To provide an opportunity for community members to make complaints of racial profiling, we created “Law Enforcement Interaction Cards” for members to fill out and turn in to us, which we passed on to law enforcement anonymously.

Last May at our Joshua Assembly, Chiefs Slaughter and Holloway and Sheriff Gualtieri committed to investigate any complaints regarding racial profiling. We have since clarified what we mean by investigate and, as a result, sent letters to both police chiefs and to the sheriff asking them to commit in writing to what we planned on asking them at the Action: When you receive a complaint, will you agree to review the history of the named officer’s interactions to ensure there isn’t a trend of discrimination?

In June, we announced that Chief Holloway and Chief Slaughter sent back written letters saying they agree! Since then, Sheriff Gualtieri has also sent back written confirmation that he will investigate racial profiling complaints in the manner we want!

Creating this system of incident cards in the first place is a victory because it gives people a way to report profiling anonymously. Their willingness to investigate the complaints and report back to us is another victory. And these victories are more important now than ever as we confront the tension between law enforcement and our community. If you hear of racial profiling, please request a card to complete to report this incident through FAST fastsecretary2004@gmail.com.

We will continue to listen to the community and be prepared to address other incidents of racial profiling that we hear about.