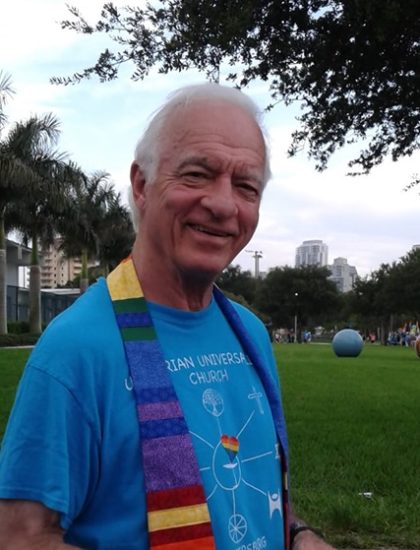 I’m on two of the four weeks of Study Leave that the minister gets each year to plan and prepared for the new church year.  But I’m staying in touch and am available by phone, email, text or personal visit anytime.

Just a quick thought:  You may have noticed the centering reading for this week’s UUSP YouTube meditation was not, as publicized, from Mary Wollstonecraft, Thomas Jefferson or Frederick Douglass as were shared in the Independence Day Sunday service.  Instead, the centering reading was the epitaph of a gravestone that stands in the Old Hill Burial Ground in Concord, Massachusetts.  I have a rubbing of it in the church office.

I chose the reading because it seemed so relevant to July 4th, 2020.  First, as a marker of death, it is a sign of pandemic times.  Second, it was the death of a Black man (John Jack, died 1770) subjected to a life of State sanctioned oppression and the denial of inalienable rights.  Third, there was no marker for his grave until Ralph Waldo Emerson came upon the poetic epitaph, realized the injustice, and paid to have the stone inscribed and placed in a safe but prominent place in the town’s burial ground (historic even by the 1840s, with the 1636 gravestone of town-founder John Smythe 50 feet away).  Fourth, the burial ground itself was built atop the burial ground of the indigenous people that had occupied that land for thousands of years.

The gravestone looks down onto Concord’s First Parish Church (founded 1636; Unitarian since about 1765).  One wonders what the gravestone has observed there.  We can only guess from some lines in the longer epitaph:  “God wills us free; man wills us slaves; I will as God wills; God’s will be done —  JOHN JACK – a native of Africa – he practiced those virtues without which kings are but slaves.”

So may we all.